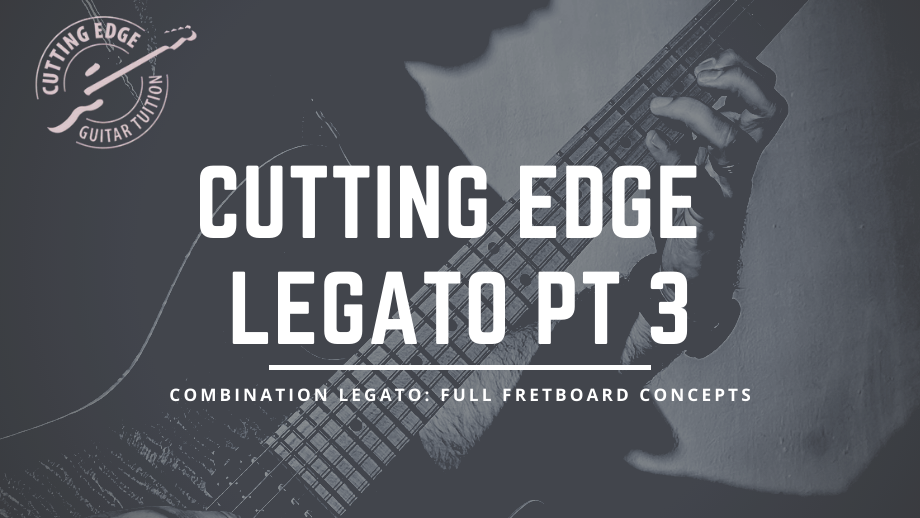 In the first two parts of this series, we have looked at bedding in the foundations of a solid legato playing technique with positional scale fragments, to build speed, fluidity and a general command of the technique. Then, we took those concepts through scales, either along the length of strings or through positions, so that we would be able to use the style in any area of the fretboard using either the Natural minor scale, Melodic minor or Harmonic minor. The ultimate goal of the exercises so far is to build a level of proficiency with the technique that makes it useable in any situation, in any area of the neck, while also helping you to visualise the fretboard when improvising or writing solos.

Practising the technical concepts in this series yields results in building your chops. To become completely proficient with the technique, I would also suggest transcribing licks, phrases and runs of the best players in this field to show you exactly how to put it into context. My recommended listening for excellent legato playing in a rock context would include players such as Joe Satriani, Steve Vai, Paul Gilbert and Richie Kotzen. For students who are more interested in fusion styles, Allan Holdsworth, Brett Garsed, Greg Howe and Guthrie Govan would be my go-to players for this style.

Even if you are not particularly interested in this sort of music, let's say if you're more of a blues fan, learning the techniques of these incredible players cannot hurt you, as the better technique you have, the better command you have over more straightforward licks. Of course, learning the styles of these players won't help with your bluesy phrasing, but then that's why you need to transcribe players of other styles along with the more technique-oriented approach. The goal of this third and final lesson in the series is to combine the elements of the first two parts so that we can open up the entire fretboard.

When playing lead guitar, there are three generally accepted ways to think on the fretboard. The first way would be to think of single-string ideas played along the neck, known as linear playing. The second type of idea would be licks and runs played across the neck in one fretboard area known as positional playing, and thirdly ideas that look at playing along the strings and across positions which we call combination playing. Your ability to fully utilise combination playing allows you to ultimately unlock the fretboard and be able to play fast, fluid, flowing lines. In this lesson, we are looking at some runs that use significant portions of the fretboard to show you how to use combination playing with the Legato technique.

The second and third examples show the same idea but this time with a double sextuplet pattern, rather than just ascending and descending.

Octave displacement gives us one excellent way of getting from point to point on the neck very quickly, but there is another way. We can achieve similar results by connecting three notes per string scale forms to get long runs that span significant portions of the neck. In example 4, we are playing a C major scale example that starts at the first fret on the 6th string and moves through different positions until we hit the 12th fret area. We combine different three notes per string shapes with slides, which gives us four notes on some strings. Playing scales in four notes per string format is a technique that has been used by players like Allan Holdsworth, Brett Garsed and Greg Howe to achieve stunning Legato results.

Example five shows a descending pattern using slides to connect positions using the four notes per string approach. This time we are starting and ending on a G, so the run sounds at home over a G Mixolydian backing, although the idea can be used over any C major mode.

In example 6 we are using a full roll pattern with the connecting shapes idea to give a smoother transition from fretboard area to area and the sonic illusion of more notes when what is happening is that notes are being recycled to create the effect.

Example 7 shows a way to connect different three notes per string fretboard areas with sextuplet rhythms. Essentially you’re ascending one shape, then sliding directly into the next which you descend and so on. I’ve done this on the D-E strings, but you can try this with any amount of strings with three notes per string shapes.

Example 8 shows how you can start in a very low position of the neck and combine multiple positions diagonally to cover lots of ground and end up in a high position. This kind of idea could be reversed, moving high to low. Can you come up with some runs of your own that do that?

Odd note groupings make an excellent vehicle for navigating significant portions of the neck, examples 9 and 10 show how you can use quintuplets (groups of five) and Septuplets (groups of seven) to play through multiple fretboard positions. Rock players like Steve Vai, Joe Satriani, George Lynch and Paul Gilbert use devices like this all over their playing. Fusion and modern jazz players like Richie Kotzen, Greg Howe, Allan Holdsworth, Brett Garsed and Guthrie Govan also employ this type of approach when looking to play warp speed lines.

No lesson like this is complete without some pentatonic licks, so let’s have a look at how you can combine pentatonic shapes along the neck in a less conventional way. If you take two CAGED or Box positions for the minor pentatonic and push them together, you end up with one three notes per string shape. The fretboard diagram below shows the fingering for Am pentatonic in position four and five. Play through the shape in a three notes per string fashion as you would a modal scale. Do it in sextuplets up and back down again, applying speed only when you are comfortable with the shape.

You probably noticed that when you play through this shape, the first note on every new string is the same as the last note on the previous string. Playing this way gives a doubling-up effect of specific notes, which can be useful for getting an uber legato sound. Allan Holdsworth used to do this a lot; however, many players find this doubled effect undesirable, so adding a pattern to the shape, like the one shown in example 11 overcomes this.

In example 12 we’re playing a three-notes-per string A minor pentatonic run that starts at the 3rd fret and ends up at fret 20! To achieve this, we are taking the three notes per string pentatonic idea and fanning it out diagonally across the fretboard, similarly to some of the modal ideas we looked at earlier. Example 12 is not your average blues lick, but it certainly is a head turner!

Having worked on the runs in this lesson, you'll have a springboard for creating ideas with the Legato technique that break you out of any boxes or patterns that limit your fretboard fluency. Make sure you practice these examples over backing tracks, transpose them to different keys and try to use them in the most musical ways possible. Enjoy!

Download This Lesson As A Free PDF E-Booklet With Additional Bonus Material!!

The twelve examples in this lesson show you how to take the ideas presented in part 1 and 2 of this series to the next level, but there is so much more you can do with them. In the PDF booklet, I give you loads of ideas on how to expand the exercises in this lesson so that you can keep practising and improving for hours on end. The exercises in these routines are all used in my practice, and if you combine them with the ideas outlined in the PDF, they will keep you challenged and improving for years to come.

Download Cutting Edge Legato Part 3 with bonus features and start taking your Legato to the next level now!! It can be downloaded free of charge, but if you've enjoyed the lesson and want to help me find the time to create more lessons like these, you can pay what you want, name a fair price!!

Want to receive a notification when more cutting edge guitar lessons become available? follow me and never miss a lesson! 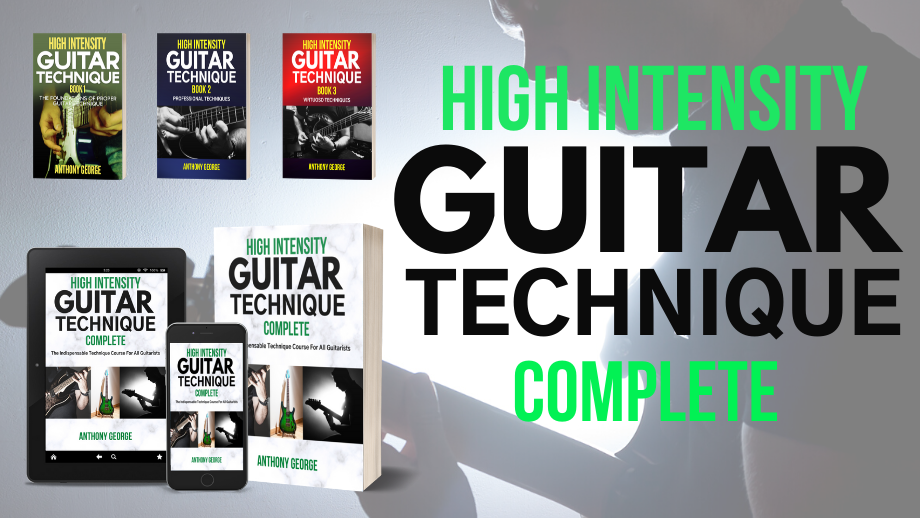 Still, looking to take your technique further? The High Intensity Guitar Technique series is the ultimate guide, with a myriad of exercises for Legato, Alternate Picking, Sweeping, Tapping and more. Available In downloadable E-book or print form, check it out in my store by clicking the image above.

🤘🏻🤘🏻🎸🎸🔥🔥All three parts of my legato series are now downloadable in one complete package. 🤘🏻🤘🏻🎸🎸🔥🔥 Lesson Contains… https://t.co/oOOHwAWOyj

Here’s a full play through of all twelve examples in my cutting edge legato series part 1 🤘🏻🎸🔥 #mondaythoughts… https://t.co/cchgja2Jt0