"I just go where the guitar takes me." Angus Young 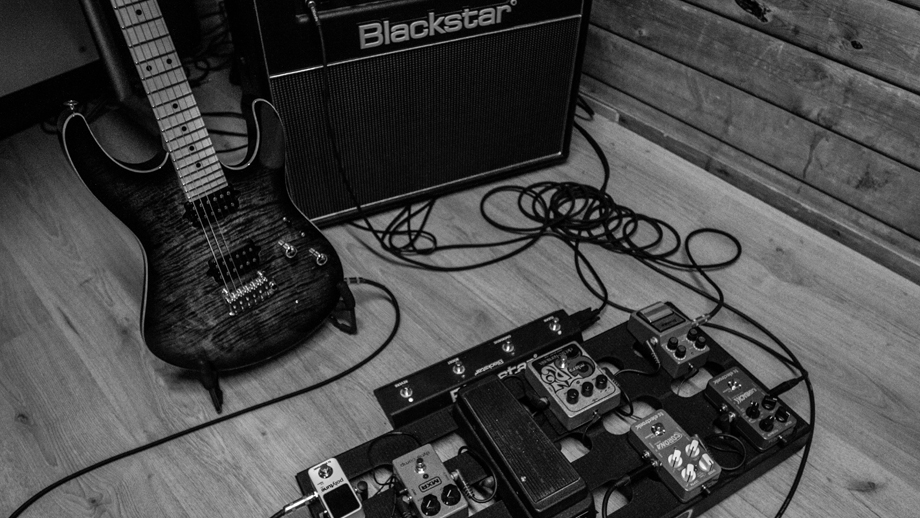 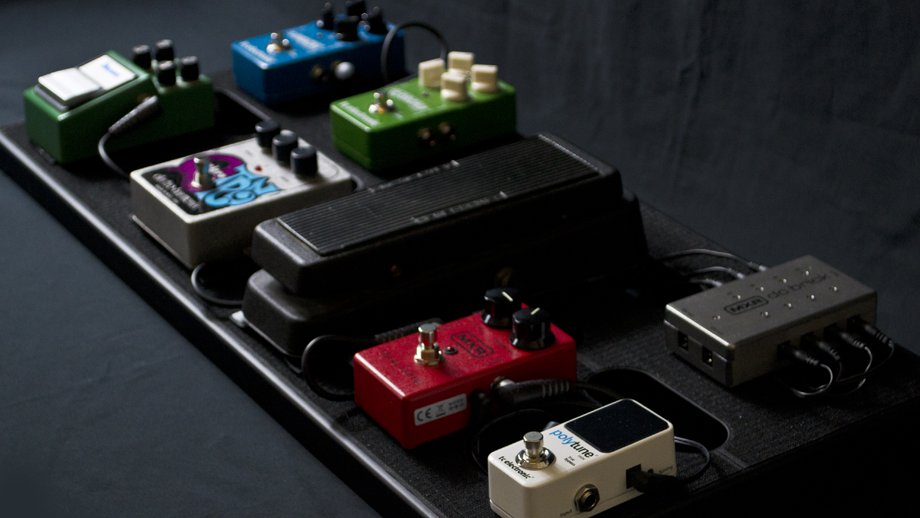 I use a very humble pedal board. I quite like my signal chain to give an honest representation of the notes I'm playing, and not using effects to try and cover up or help my playing. Also, in live situations, having too many effects on your signal can muddy up the sound so that your music is almost hidden by too much modulation. So my pedal board contains only the essential effects I need to create my signature sound. I house my pedals on a T-Rex tone trunk, which is perfect for transporting my pedals around to gigs and studios and is very quick and easy to set up and pack down.

Starting from the right hand side of my pedal board - I have in front of the amp, the Tc electronic Polytune Mini, which is a fantastic little tuner pedal. It allows you to tune all strings simultaneously, and also has a very clever screen which adapts itself to the light you are immersed in, so either on stage or in a sunny outdoor gig, you can see your tuner pedal. I then have the MXR dyna comp compressor. I love this pedal. I first heard it demonstrated while at the Guitar Institute, and fell in love with its clicky clean tones for funk playing. Its also very useful for adding sustain to your distorted guitar soloing tones.

Next along the board is my Crybaby wah wah. This is the original Jim Dunlop wah wah. There are more versatile wahs on the market, but as a huge fan of Hendrix as a youngster this was the one I wanted, and I use it mainly as a soloing tool for rock and blues soloing.

Next we have the Micro Q tron Autowah from Electroharmonix. Again, there are better pedals on the market for this sound, however this pedal was very cheap, and it gives me all the sounds I need for this style of playing. I use it a lot when playing funk style strumming to give my sound a really cool vibe. This pedal ads a really cool tone to my rhythm guitar playing.

Finally in front of the amp I use an Ibanez Ts9Dx Tubescreamer. I use this pedal as a boost pedal for my clean sounds on certain Jazz Guitar solos. I also use it to boost the overdrive channel for a Stevie Ray Vaughan kind of Blues tone, and I also use it in conjunction with the boosted overdrive channel on My Blackstar amp to give me obscene amounts of gain for shred style soloing.

Above the Tubescreamer I have two pedals which are in the effects loop of the amp, which are the TC electronic Flashback delay and the TC Electronic Corona Chorus. They are both amazing pedals with extremely versatile capabilities. The Flashback is capable of almost every type of delay and even has a primitive looper feature on it. The Corona Chorus is a beautiful pedal which has the capability of producing a very 80s LA chorus sound all the way to the modern tri-chorus and even some pleasing Hammond organ type sounds.

All these effects are then powered by the Jim Dunlop DC Brick, which is a very powerful and very useful method of powering lots of pedals from one source. The variety of sounds I can get from my guitars, this board and my amp make my rig capable of getting me through almost every musical situation. 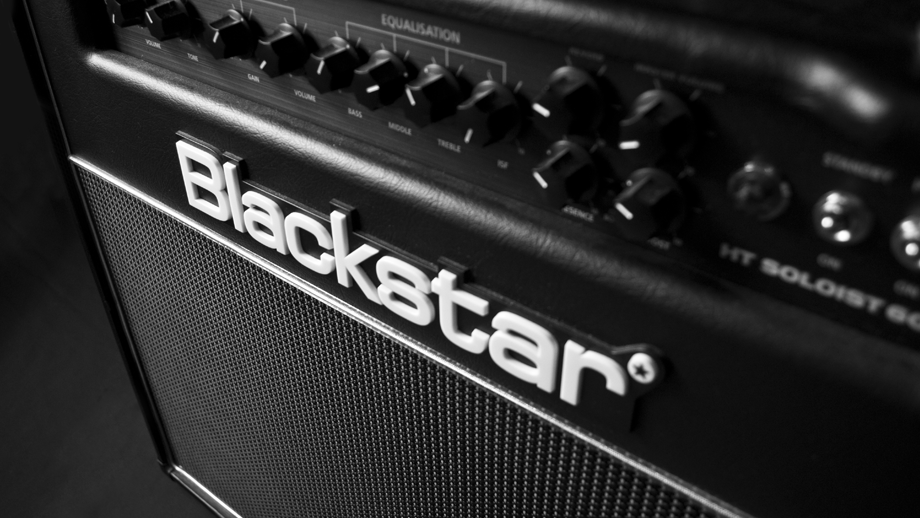 I use a Blackstar HT 60 Soloist amplifier. It’s a 60 watt, all valve amplifier with two Ecc83 valves in the pre amp and two EL34 valves in the power amp which produces wonderful tones for all styles of music.

It is a two channel amplifier, that also has a boost function, which can be used in conjunction with the clean and the distortion channel as purely a volume boost. It also has an overdrive body switch, which can add a mid-range boost, and you can select an option that also allows this amp to effectively become a three channel amp. So that you can have clean, overdrive, and boosted overdrive. I tend to have my amp set as a three channel amp, so that I can use the clean sound, in conjunction with the effects on my board for all clean sounds and I use the Tubescreamer if I wish to boost the clean channel. Then I use the overdrive and boosted overdrive channel for all distorted tones, once again in conjunction with the compressor for sustained lead tones and the Tubescreamer for obscene gain sounds. The clean channel has two modes, boutique and modern, and its own tone control providing many differing clean tones. It produces ringing class A performance in the Boutique setting and tight AB tones in the modern setting. I tend to favour the modern settings for my own sound.

The overdrive channel has its own EQ section, and a voice switch allowing for once again modern or boutique tones. The channel is very high in gain, but lacks a top end fizz. The overdrive channel coupled with the stunning capabilities of my Suhr allow the distortion channel to clean up immensely when the volume is backed off on the guitar. For all my lead tones I use the distortion on the amp, sometimes using my Tubescreamer to add more gain for obscene shred tones but usually the distortion on the amp is enough for most situations.

This amp also has Blackstars Patented ISF feature, which gives lots of flexibility on tone shaping. Basically, when the dial is wound round to one end, it gives some very American style characteristics, kind of like a Mesa Boogie style amp, and at the other it gives very British characteristics, more like a Marshall amp.